The young promising Newsweek correspondent Alexander Shimkin discovered a major scandal of systematic war crimes by the US military in Vietnam in 1971, but  went missing in ’72 and has been registered as Missing in Action ever since. That same army is now looking for his body.

Alexander’s sister Ellie has used her own traumatic experience of her brother’s disappearance to work as a psychiatrist with Vietnam veterans. Searching for Shimkin begins as a quest for a body, but unfolds, through the portrait of “Alecs” and Ellie’s personal quest, into a film about the paradoxical appeal of war. 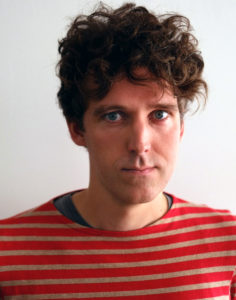 While studying Communication Science at the University of Amsterdam, Kasper Verkaik started working as a freelance journalist. He made several radio documentaries for Dutch Public Radio. In 2007 he switched to television and made documentaries for Dutch Public Television, specifically for VPRO’s Backlight and Holland Doc. In 2012 Kasper finalized his Master at the Dutch Film Academy. Since 2009 Kasper has worked on various documentary- as well as fiction projects. Previous films: Dear Oprah (VPRO 2008), The Voice of Generation Obama (VPRO Backlight 2009), Survival of the Biggest (VPRO Backlight 2010),  Daddy Doll (VPRO Doc 25) and Plaza Man (IKON 2014).

This film is still in development.

Credits will be to announced.