Zeppers Film is an independent film production company based in Amsterdam. It has produced over 100 films in the last 20 years and is specialized in creative documentaries. Our documentaries are generally co-produced with Dutch and international public broadcasters. Many of these films travelled the world to international festivals and arthouse cinema’s and some films have been awarded at festivals including: IDFA’s prizes for best Feature-length and best Mid-length Documentary, Grand Jury Prize at the Tribeca Film Festival and Golden Calfs at the Netherlands Film Festival.

In 1997 Frank van den Engel started independent documentary production company Zeppers Film & TV as executive producer. He produced almost two hundred films, for theatre and television. Some of these have been awarded at prestigious festivals around the world: Andre Hazes – she believes in me (John Appel, Opening Film IDFA 1999), Dans, Grozny Dans (Jos de Putter, 2002), Voices of Bam (Aliona van der Horst, Grand Jury Award Tribeca 2006), Stranger in Paradise (Guido Hendrikx, Opening Film IDFA 2016) and Love is Potatoes (Aliona van der Horst, Golden Calf 2018). Nowadays he combines production work with the development and realization of his own film projects, and with the coaching of first-time directors. His debut Normaal – I always come back was theatrically released in 2002. Between Heaven and Earth was released in the cinema in 2007. His 2009 documentary about Dutch photographer Gerard Fieret: Photo & Copyright by G.P. Fieret was nominated for Best Dutch Documentary at the Netherlands Film Festival. 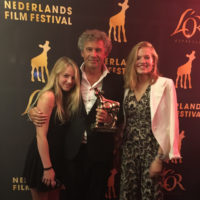 Elize studied graphic design in Apeldoorn, Journalism in Zwolle and eventually Media & Culture at the University of Amsterdam. She started out as a junior producer at Zeppers Film in 2015, right after her internship. She worked on several films, such as Stranger in Paradise (Guido Hendrikx, 2016), How to meet a Mermaid (Coco Schrijber, 2016) and The Mission (Robert Oey, 2016). Simultaneously she focused on research and publicity for the films Zeppers produced. After a break, where Elize explored the world of co-productions in fiction films, she is back at Zeppers Film, working as a line-producer for documentaries directed by Walter Stokman, Jessica Gorter, Lisa Boerstra and others. 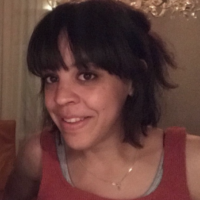 In 2020, Janna was doing an internship at Zeppers Film and completed her bachelor’s in media studies at the University of Amsterdam. After her internship she graduated with a Master in documentary and fiction, which focuses on research, scenario and dramaturgy for both documentary and fiction. Now she’s back at Zeppers Film with an even bigger passion for good storytelling. 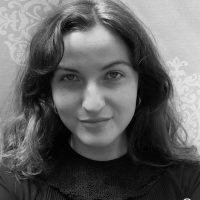 Julia van Schieveen studied Film & Visual Culture at the University of Amsterdam. During her Bachelor degree she received an Erasmus scholarship to study Communicación Audiovisual at the University of Valencia in Spain. After she graduated Julia started to work as a junior-producer for Zeppers Film. In the last eight years she has produced several (inter)national award winning documentaries, under which Love is Potatoes (Aliona van der Horst, 2017), Stranger in Paradise (Guido Hendrikx, 2016), Ben Ali Libi (Dirk-Jan Roeleven, 2015), Putin’s Olympic Dream (Hans Pool, 2014) and Poem of Death (Astrid Bussink, 2012). 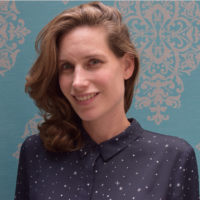