Stedelijk Museum – A Museum in Transition

Documentary by Sarah Vos about the Stedelijk Museum and its new director Rein Wolf’s search for a new élan within an era full of challenges. 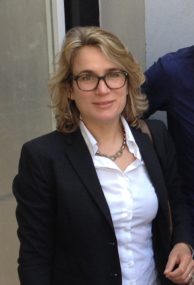 Sarah Vos is multiple awarded with her documentaries. She directed Welcome to Holland – Campus Vught (Silver Zebra and Golden Calf nomination), Big Brother in the Middle-East (Nipkowschijf) and Curaçao (together with Sander Snoep) awarded with the Price of the Dutch Film journalists and Best of Idfa on Tour.

Together with Zeppers Film she realized the documentaries Curaçao (2010) and Hier Ben Ik(2017), both with co-director Sander Snoep, and Beyond Kafka’s Trial (2019).