At the outskirts of Calcutta, the banks of the river Hooghly are lined with huge factories in various states of operation and decay. This is the landscape of West Bengal’s 150-year-old jute industry, which once produced the ubiquitous gunny bags, rope, and textiles. These functions have been largely replaced by plastic. Nearly forgotten, the jute industry is attracting renewed interest due to the golden fibre’s eco-friendly qualities. At the same time, the industry is in turmoil. Only forty mills remain in operation, with frequent lockouts to replace workers with precision machines. Can environmental concern recuperate a future for jute and its workers while there is still time?The film takes the viewer into a complex ecosystem where workers, despite their harsh working conditions and job insecurities are not mere victims devoid of agency, but people with hope, resilience, humour and at other times bitterness and anger.The film attends empathetically to: a wiry middle-aged man who works as a loader but dreams of becoming a playback singer; a dedicated union leader who hopes to win a better deal for the workers; a young beautiful Bangladeshi migrant who spends four hours travelling to work in a predominantly male and grubby workplace; a schoolboy who works the night shifts in order to pay for his coaching classes, and hopes to eventually escape the mills. From various religious communities, histories, languages, backgrounds and ages, the workers form a melting pot that threatens to boil over as their livelihood is threatened. 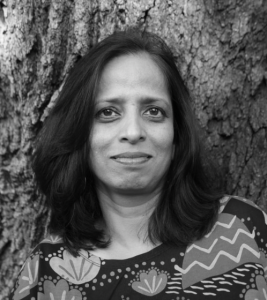 Nishtha Jain is a multi-award-winning filmmaker based in Mumbai. She’s best known for her films Gulabi Gang (2012), Lakshmi and Me (2007), and City of Photos (2004). She’s been exploring the human condition in its myriad states. Politics of image making and self-representation, complexities of social hierarchies, women’s movements, and workers’ struggles have been some of the themes that her films have dealt with. She’s a graduate of the Film and Television Institute of India, Pune and A.J.K. Mass Communication Research Centre, New Delhi.