MISTER SOUL – A STORY ABOUT DONNY HATHAWAY descends into the soul of legendary American singer Donny Hathaway, who is seen by many musicians as an inspiration and a genius. At the time of his greatest successes he was diagnosed with paranoid schizophrenia, which didn’t stop him from continuing to make harmonious music. How did he balance between his madness and genius? Can there be such a thing as too much talent?

Music magazine Rolling Stone called Hathaway a “soul legend” and Justin Timberlake thinks he is “the best singer of all time”. Yet few people will remember Donny Hathaway as Roberta Flack’s duet partner, Stevie Wonder’s predecessor or the composer who managed to mix jazz and gospel into lavish soul music. His suicide in 1979 at the age of 33 by a fall from his hotel room has condemned him to the status of a ‘musician’s musician’.

The documentary follows the same path of existence as Hathaway himself: a poetic journey embarking on cities like St. Louis, Chicago and New York that plunges deeper and deeper into Hathaway’s life, up until his tragic end. Besides his brother and sisters, singer Roberta Flack, preacher Jesse Jackson and producer James Mtume, among others, talk about the genius and madness of the singer.

“MISTER SOUL is a poetic narrative instead of a complete music documentary. Journalistic data such as dates, recordings of albums or facts about Hathaway’s mental illness (his various recordings in clinics, for example) have been left out for a more romanticized and cinematic outline of his life.” – NRC

“MISTER SOUL is a loving, artistic tribute to a musical genius who always remained underexposed in music history.” – CINEMAGAZINE

“Kleiwegt sketches an equally penetrating picture of Donny Hathaway with archive footage and conversations; at a steady pace but with a perceptible threat.” – HET PAROOL 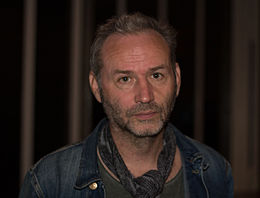 David Kleijwegt is a (pop)journalist and program maker at the VPRO. In 2006 he made his first documentary for ‘het Uur van de Wolf,’ The Eternal Children. Later followed Low: You May Need a Murderer, The Owl in Daylight, Arnon Grunberg ‘Heb je nog steeds vrienden?’ and De Ballade van Lucky Fonz III. Beside his work as a director and program maker for the VPRO, David writes for Vrij Nederland. In 2012 he was awarded with the Jip Golsteijn Journalistiek prize for one of his stories, written together with Sander Donkers.

in coproduction with VPRO, with support from Mediafonds, Nederlands Film Fonds Production Incentive and CoBO fund.

2020
Beyond Kafka's Trial
The Gert and Hermien Story