The Gert and Hermien Story

‘The Gert & Hermien Story’ shows the rise and fall of one of the most popular singing duo’s from Dutch history: Gert and Hermien Timmerman. Their career has seen many big ups and downs. Their personal lives, marked by scandals, were widely reported by several gossip magazines. Daughter Sandra is, next to several other intimates, our guide in the unlikely story of her narcistisch, manipulative father and her driven mother. 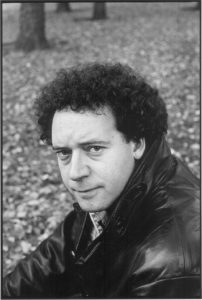 Hans Heijnen was born in 1957 in Sittard. He studied political science and in 1981 he went to study at the Dutch Film Academy; he graduated in 1985. He wrote various filmscripts for the EAFA and First Floor Features. Since 1988 Hans Heijnen is working as a freelance-documentary filmmaker voor NOS/NPS and VPRO. After two nominations he received a Golden Calf for is Documentary works at the Dutch Film Festival. (1996). In 1999 he won the Silver Spire Award at the San Francisco International Film Festival for his documentary: “Lisdoonvarna, Lourdes of Love”. In september 2000 the Dutch Film Festival held a retrospective of his films which show the life of people in rural areas, which is a theme in his work.

This film was funded with the support of CoBo

2020Mister Soul - A Story About Donny Hathaway
2019The Kiev Files