Why is it that still so many Russians defend Stalin as a great leader and a hero? The red Soul lays bare the Russian psyche of today and shows a world full of contradictions.

In the country where hardly any family escaped the hunger, fear and violence resulting from Stalin’s terror, no one has ever been convicted for the crimes committed under his regime. Even now Russians are still deeply divided over how to deal with the memories of this painful past. In a mosaic of intimate portraits ordinary Russians speak openly about their traumas, rooted in a violent history. Gradually this disturbing film exposes how the Soviet past lives on in current generations in Russia, and thus makes its mark on the future. 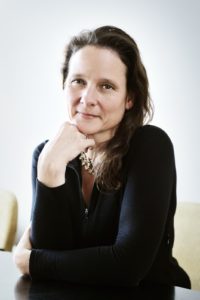 Independent filmmaker focusing on post-soviet Russia. She directed, produced and shot several documentaries among which ‘Piter’, ‘No Goods Today’ and ‘Ferryman across the Volga’ (prix de RTBF). For the theatre play ‘Quarantaine’ she made a series of portraits of survivors of the siege of Leningrad.
Her films have been shown at many different film festivals and broadcasted in various different countries. She also directed tv-programs for Dutch television (Human, VPRO) and worked as an editor for various documentaries. Her documentary ‘900 Days’ (2011), was awarded best Dutch film at IDFA 2011.