How an ancient collection from long lost civilizations became a focal point of one of the world’s major political controversies today.

The travelling exhibition Crimea – Gold and Treasures of the Black Sea are being held hostage in the cellars of the Allard Pierson Museum in Amsterdam, and it can’t go back home: since the annexation of Crimea by Putin, the art collection has become stateless. The treasures that were excavated on the peninsula have become a plaything in a power struggle between de museums at Crimea and the government in Ukraine. Both parties claim the archeological collection as their own, like roots of their identity. The Netherlands has unwillingly become a referee: to which party should the treasures been given back? 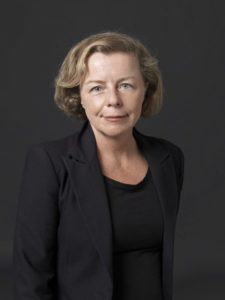 Oeke Hoogendijk (1961) went to the Hogeschool voor de Kunsten in Utrecht, where she graduated in theater director (1990). From 1990 to 1996 she directed stageplays for mutiple theater companies. In 1997 she started  an education in television documentary at the Media Academy. Her debut film in 1998 as a director (in collaboration with Paul Cohen) A HAPPY TIME was broadcasted by the NTS and won the Dutch Academy Award Het Gouden Beeld and the Euro-Comenius Award (Vienna). THE NEW RIJKSMUSEUM – THE FILM (2014) won several awards, for example a Gouden Kalf on the Dutch Film Festival and Best Dutch Documentary on IDFA.